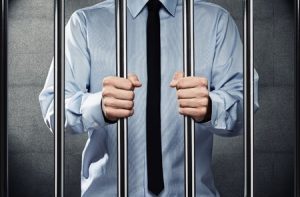 Did you or someone you love get arrested? If you need help getting out of jail with a bail bond in Miami-Dade County or Palm Beach County Florida, call Atlantic Bail Bonding. We are available and provide bail bonds 24/7 call us at 561-659-0525.

The bail process can be confusing, especially for first offenders. Here’s a breakdown of how the process works.

After you or a loved one gets arrested and booked, you will have a bail hearing before a judge. This usually takes place within 48 hours of an arrest. The judge will consider various factors to determine if you are eligible for bail. If you are eligible, you essentially have three options.

First, you can remain in jail until your court date, which can be weeks or even months down the road. This option is usually out of the question for most people because they will be away from family and miss work. The second option is you can pay the total bail amount, known as the cash bail. This price is set by the judge and is based on the crime(s) you’ve been charged with, past records, flight risk, whether you’re considered dangerous, and other factors. Bail prices can range from small amounts to tens of thousands or even a million dollars.

The third option is to get a bail bond. If you can’t afford to pay the cash bail, you can reach out to a bail agent or bail bondsman. Bail Bondsmen will charge a small premium and usually get some form of collateral in exchange for posting your bail. When this happens, the court and bail bondsmen count on the defendant to show up to all court dates. If you don’t show up, this is known as bail-jumping, and the bail agent will keep your collateral, usually title to a car or house, jewelry, etc. Plus, you’ll have an additional warrant out for your arrest and may be pursued by a bounty hunter.

When choosing a bail bond agent, make sure the business is licensed and has no hidden fees. Most operate 24/7 so you can reach them even if you’re arrested late at night. You’ll want to have as much information as possible about the arrest, including charges and booking location. If you’re unsure of this information, a bail agent can help you find it.

At Atlantic Bail Bonding, we offer all this, plus more than 30 years of compassionate, quality service on record. If you need bail bonds in Miami-Dade County or Palm Beach County call us call us at 561-659-0525!

Depending on the bail commissioner’s decision, nearly any crime qualifies for a bail bond. We provide bail bonds for:

What are you waiting for? Call Atlantic Bail Bonding at 561-659-0525 for bail bonds in Miami-Dade County or Palm Beach County FL.