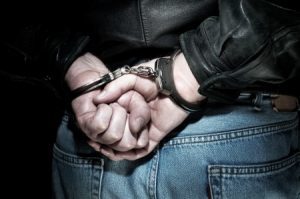 Domestic violence charges range in severity from a misdemeanor to a felony, but all carry a minimum of five days served in the county jail. If you or someone you care about has been arrested, call Atlantic Bail Bonding for domestic violence bail bonds in West Palm Beach, Broward, Miami-Dade and Monroe, FL. We operate 24 hours a day, seven days a week! Contact us at 561-659-0525.

No matter what type of domestic violence the accused is charged with, all charges carry a minimum of five days served in the county jail. Domestic violence constitutes specific types of violence against family members or household members. This can include a spouse, ex-spouse, co-parent of a child, cohabitant, or family member related by blood or marriage. It also includes individuals who are or were in a dating relationship.

Depending on your individual circumstances, domestic violence may be charged as a second degree misdemeanor, a first degree misdemeanor, or a third degree felony. These charges can carry sentences of imprisonment up to 15 years. Such charges also typically accompany injunctions forbidding interaction with the alleged victim, even if you live in the same residence. Navigating the particulars of such a case calls for an experienced defense lawyer which can cost you thousands of dollars. In addition to penalties and fines, you’re looking at a large bill for domestic violence charges.

Don’t stay in the county jail longer than you have to; call Atlantic Bail Bonding today at 561-659-0525. We provide quick domestic violence bail bonds anytime of day or night, any day of the year. No matter what type of domestic violence charges you or the person you care about are facing, our team can help. With over 30 years in the bail bond business, we have helped people get bail bonds for all different crimes in the state of Florida.