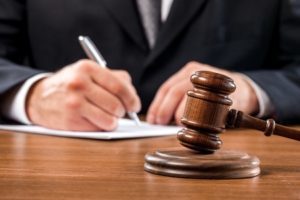 There are some circumstances in which bail can be denied. It is up to a judge to determine whether a person who has been arrested and charged, should be released on bail. These are some factors that a judge will take into consideration.

Was the person charged for a violent crime?
If someone has been arrested due to committing a violent crime, it is more likely that a judge will withhold bail if they deem the person too dangerous to the community.

What does their criminal record look like?
Judges will also look at past criminal history. Someone with a lengthy arrest record, especially one that includes violent crimes or felonies, is less likely to be allowed out on bail.

A judge will only set bail for an arrestee if they have sufficient evidence that the person in question will not skip their court appearance and is not considered a danger to the community.