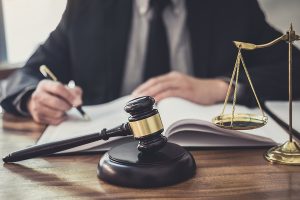 Most people have heard about bail bonds yet are not completely certain about how they work. If you don’t understand bail bonds, don’t fret. The team at Atlantic Bail Bonding is here to shed light on this subject and help you understand what the bail bonding process is all about.

The Basics of Bail Bonds

Once an individual is arrested, he or she must appear in front of a judge. The defendant is empowered to request that the judge set bail for his or her release. Cash or an equivalent to cash is provided to the court, providing reassurance that the defendant will return to court when called upon to do so. A return to court at the designated day and time leads to a refunding of the bail amount. The failure to reappear in court results in the court keeping the bail and issuing a warrant for the defendant’s arrest.

Bail can be paid in either cash form or a separate form such as a bail bond. Defendants can write a check for the bail’s full amount, pay through a bond, or put up property worth the amount of the bail. There is also the potential to waive a bond through release on one’s own recognizance.

How the Bail Amount Is Determined

The judge decides on the bail amount the defendant must pay before being released. All sorts of factors are considered when determining bail, ranging from the nature of the offense to the potential for the defendant to leave town, his or her history of criminal acts, and so on. However, the Constitution’s Eighth Amendment bars setting excessive bail. The bail amount must be reasonable so it can realistically be paid yet also serve as motivation to prevent the defendant from skipping town. There are a few rare situations when the judge will set bail extraordinarily high to keep the suspect in jail due to the nature of the crime or the potential flight risk.

Most people do not have enough cash to cover the entire amount of bail. This is precisely why buying a bail bond is so appealing. A bail bond is a promise that the defendant will return to court when expected. The bail bondsman, also known as the bond seller, posts a bond with the court. The court holds onto the bond just in case the defendant does not return for his or her court appearance. Bail bonds typically cost about 10% of the bail amount.

Atlantic Bail Bonding Is on Your Side

If you or a loved one end up in jail, our team is here to help. Atlantic Bail Bonding will do everything possible to get you out of jail. Reach out to us today to find out more about our bail bonding service. You can contact us online or by dialing 561-659-0525.