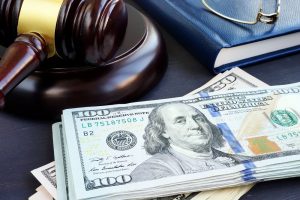 Being arrested and put in jail can be a traumatic experience, especially if you are innocent. Thankfully, you won’t have to spend much time in jail if you post bail. Atlantic Bail Bonds is here to help you post bail and get out of jail as quickly as possible. However, if you are like most people, you don’t understand what the bail-posting process entails. Here is a quick look at how to post bail and why it is in your interest to do so.

The Basics of Posting Bail

Posting bail means paying the bail amount in full. Ideally, this money will be paid as soon as possible so you can leave the cramped jail cell and return to life as usual. The Eighth Amendment guarantees your bail will not be excessive. The point of posting bail is to ensure you show up at court for your court hearing as scheduled. If you are financially destitute, make the judge aware of your financial troubles, and he or she just might reduce your bail amount to a figure that makes it that much easier to get out of jail. However, the judge probably won’t simply release you on your own recognizance without paying a penny, meaning you will need the assistance of Atlantic Bail Bonds to post bail.

How We Facilitate Posting Bail

A bail bond is similar to a check provided to another party with an accompanying request that it not be cashed until you give the go-ahead. The purchase price of the bond is typically around 10% of the total value. This means that if bail is set at $10,000, you will be expected to pay $1,000 to purchase the bail bond. However, bail might be set at a couple thousand dollars or even less. Posting bail is completed by paying cash, writing a check, signing over the ownership rights to real property, or providing a bond for the bail amount in full. Atlantic Bail Bonds is here to help you purchase a bail bond to get out of jail and get back to work, college, caring for your kids, or whatever else you typically do.

Our bail bondsman secures the difference between the money you pay to purchase the bail bond and the rest of the bail as determined by the judge. The bail bondsman accomplishes this through collateral, typically in the form of a car, motorcycle, house, or other real property. If you do not have enough collateral to make up the difference, your family members or friends can help to cover the amount. The next step is to post bail, which triggers your release from jail.

Are you looking for a way out of jail after an arrest? If you, a loved one, or a friend has been arrested, don’t wait another minute. Be proactive by asking for help from our professional bail bondsman. Contact us today by dialing 561-659-0525 or by completing our contact form to learn more about our services and obtain assistance.