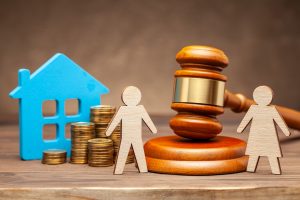 When someone is arrested and incarcerated for a crime in the state of Florida, that person may be able to obtain a conditional release from jail by posting bail. But it’s important to note that not every defendant qualifies for bail. Typically, those who do qualify have their bail amount set within 24–72 hours of the arrest, or in some circumstances, they must request a bond hearing to obtain a bail amount.

Regardless of the method by which the court sets bail, the dollar amount of the defendant’s bail is related to the type and severity of the alleged crime. Read on to learn how the court decides whether defendants qualify for bail and how the judge determines each person’s bail amount.

Who Qualifies for Bail?

The court determines whether a defendant qualifies for bail based on their previous criminal history and the severity and nature of the person’s alleged crime. If the defendant has a history of criminal activity or is accused of committing a particularly violent or impactful crime, he or she may not be granted bail.

Other common reasons a defendant may be denied bail include:

If the court determines that a defendant is eligible for bail, the judge will look at a variety of factors to figure out what an appropriate bail amount should be. These factors include:

Need a Bail Bond in South Florida? Atlantic Bail Bonding Is at Your Service

If you need to secure a bail bond to bail a friend or loved one out of jail, our team at Atlantic Bail Bonding is here for you. We provide 24-hour bail bond service in Miami-Dade, Palm Beach, Broward, and Monroe Counties, and we’ve proudly served South Florida for over 30 years. To get started, call us today at (561) 659-0525.