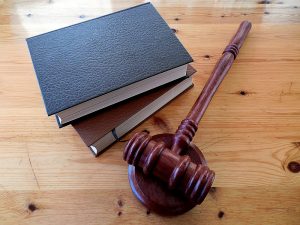 Chances are you have heard or read about bail, yet you might not understand what this word truly means in the context of the law. Bail is an essential component of restoring an individual’s freedom and quality of life after being charged with a crime and jailed. Every United States citizen, regardless of his or her age or other demographics, should have a thorough understanding of bail.

If you were to ask an attorney or judge to explain bail, you would likely be inundated with legalese you do not fully understand. Atlantic Bail Bonds is here to explain bail to you in plain English. Bail refers to the security, meaning a store of value such as cash or bond, provided to the court to temporarily release the defendant from jail. Bail is typically paid through a bail bonding specialist such as Atlantic Bail Bonds. Some people also use bail in verb form as it is sometimes used to refer to the physical activity of bailing out the defendant.

Bail as Recognized by the Court

Posting bail isn’t nearly as complicated as many assume. Posting a bail bond usually requires the assistance of a bail bond specialist. In fact, the bail process is a contractual undertaking involving the defendant, the bail agent, and the court presiding over the case. The defendant pays a percentage of the amount of bail to the bail bond service as a fee for covering the cost of bail. In many cases, a family member of the defendant will cosign so the bail bond is guaranteed. In some situations, collateral in the form of jewelry, a car, or another item of value will be necessary to free the defendant until his or her scheduled court hearing. This collateral provides reassurance that the defendant will return to court. Failure to return to court results in the forfeiture of the collateral.

Atlantic Bail Bonds Is at Your Service

If you, a friend, or a family member is jailed, don’t lose hope. Be proactive by reaching out to Atlantic Bail Bonds at 561-659-0525. We will do everything in our power to bail you out of jail and restore your freedom through our Palm Beach bail services. You can also reach us online by completing the contact form at the bottom of this page.